So There They were. Egypt. Elizabeth had the twins change out of their travel clothes before they ran off towards the fire pit.

Brooklynn and Rebecca decided to do a bit of exploring in a tomb next to the campsite. The first thing they saw was a skeleton. 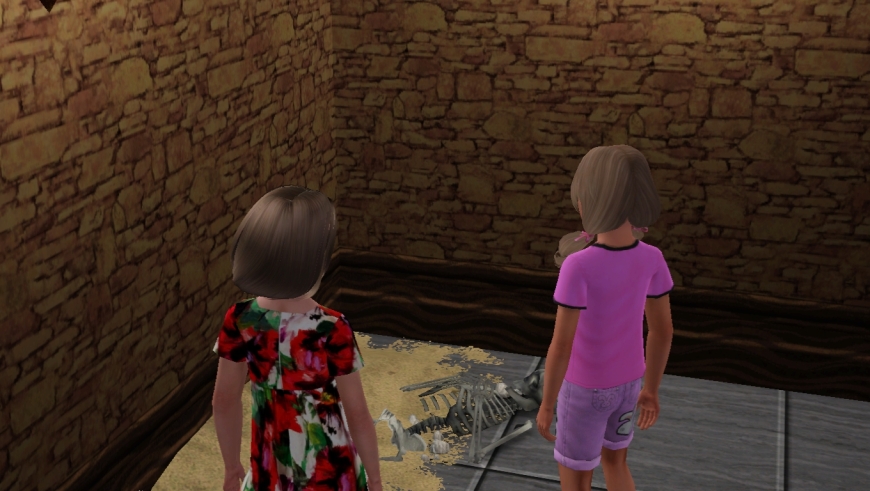 Brooklynn was afraid and quickly went back upstairs. 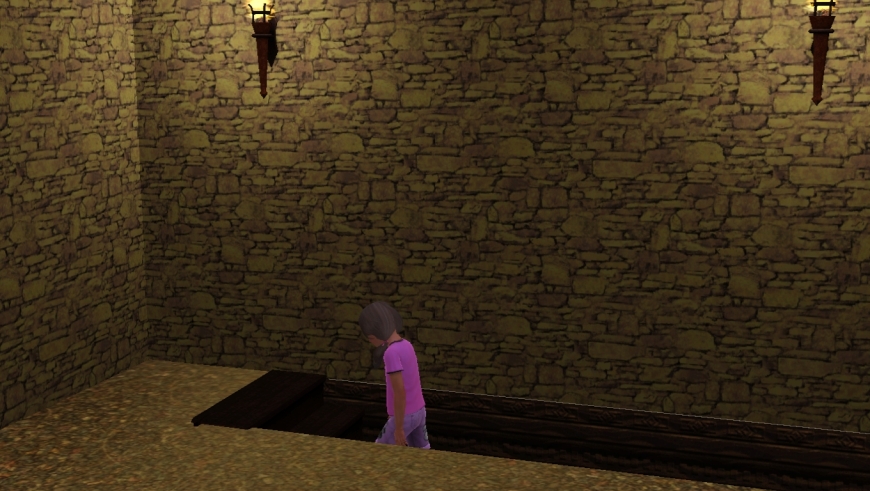 But Rebecca shrugged her shoulders and waked further in. Maybe it was the witch in her that stopped her being afraid. 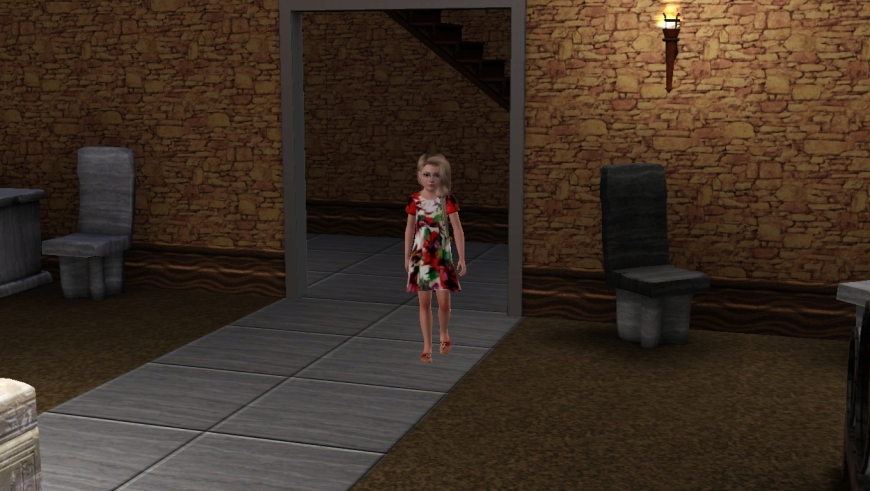 Rebecca found a pile of coins but sadly couldnt go any further into the tomb.

Ashleigh offered to take the twins to the market and they quickly agreed.

Caylyn and Damon played Chess while Ashleigh bought cameras for everyone. She also bought presents for the twins who had a definite soft spot in her heart that she would give them later.

That evening all the kids sat around the fire pit, roasting kebabs for their dinner. And although it was only 8pm when they had finished, the twins were excited to go bed! They had never slept in a tent before! 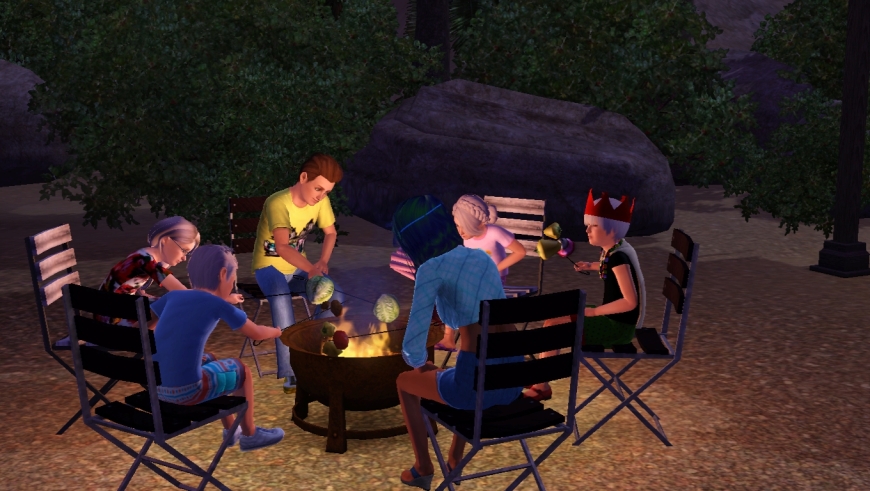 At about 11pm, When everyone else was asleep, Aaron got up and woke Ashleigh. 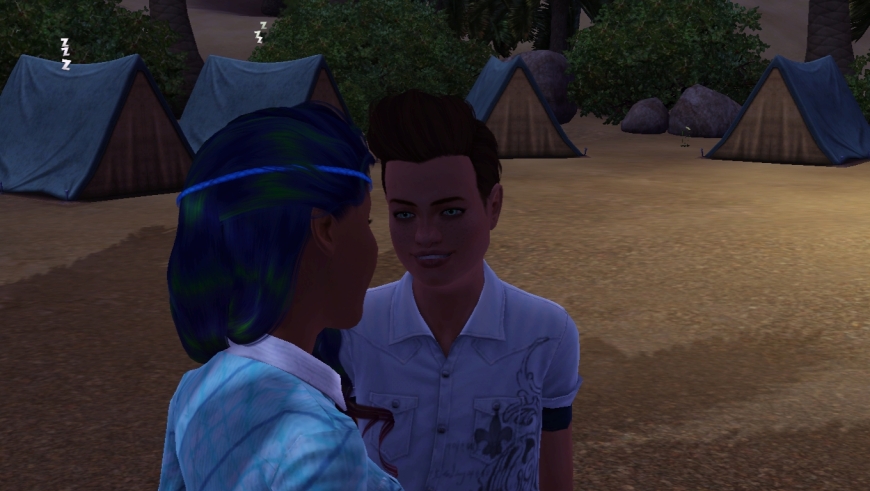 “Of course I am!” Ashleigh said and they went into the same tomb Rebecca and Brooklynn went into. They saw the same skeleton the girls saw. Neither of them ran away.

“Are you sure this is a good idea Aaron? Just look at this note on the wall. ”

“who cares what the note says? I can’t read hieroglyphs.”

“I can. It says that this man got trapped in the tomb and starved to death. His advice is to bring lots of dried food. Enough to last until you get rescued. We only have 3 pieces each.”

“Well three will be enough. I mean as soon as mum and Dad realize we aren’t in our tents they will come looking for us. That’s why we have to be quick. Come on Ash! I don’t want to do this alone!” Aaron went further into the tomb and opened up a treasure chest, despite Ashleigh’s fears she followed him. 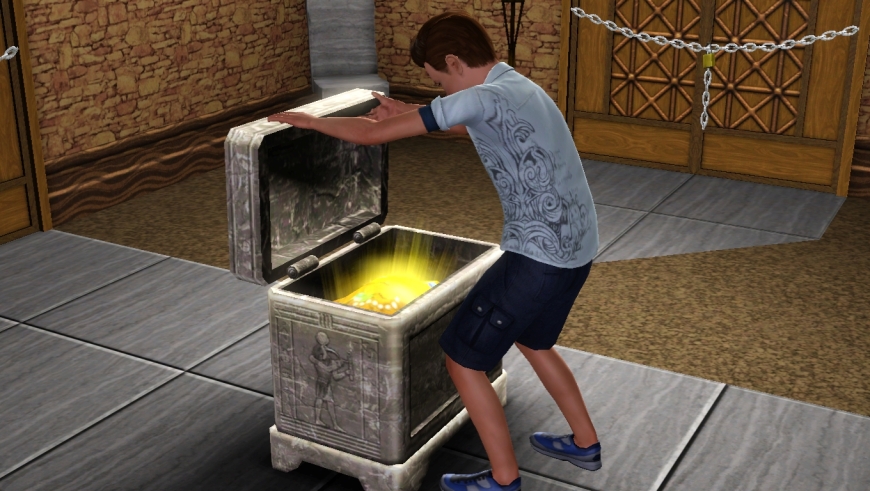 Aaron gave Ashleigh the moon shaped stone to stick in the wall and it opened the door! 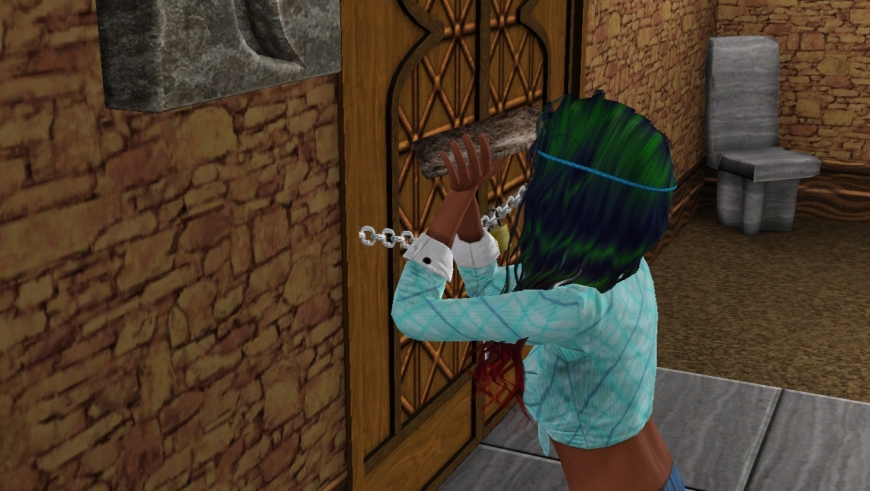 Aaron went through first and Ashleigh followed him. 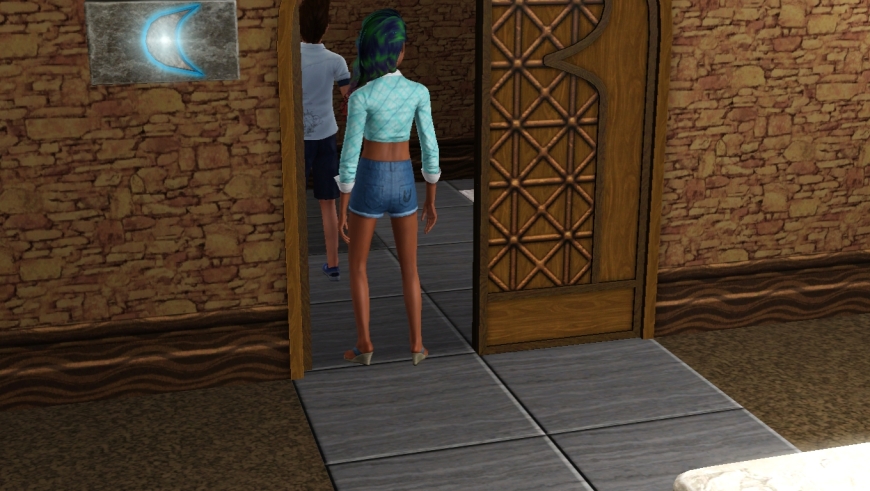 Aaron jumped on the floor switch in the corner and a staircase appeared from nowhere! 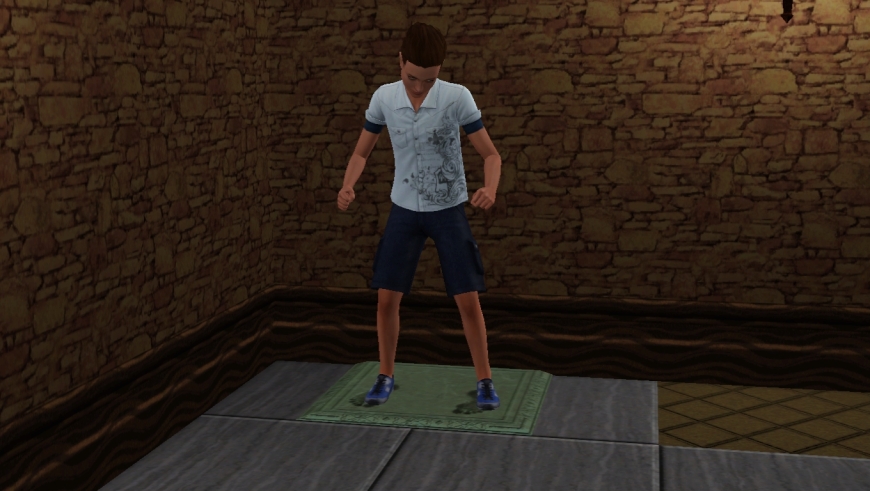 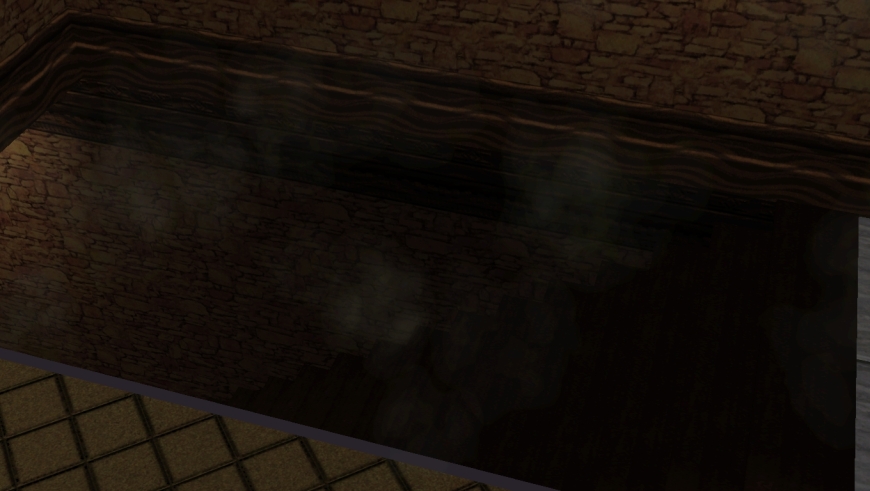 While Aaron was Jumping on the floor switch Ashleigh smiled at him, turning away before he looked up. I wonder if he will ever think of me as more than Cuddles, the friend he’s known all his life She thought to herself.

When they got downstairs , they saw another floor switch and another skeleton. “There’s no point turning back now.” Aaron said, So Ashleigh took a deep breath and jumped on the floor switch. 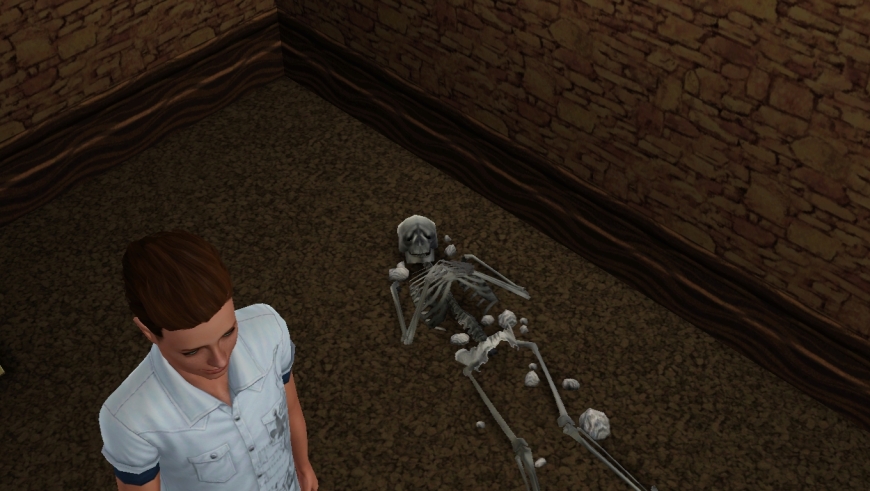 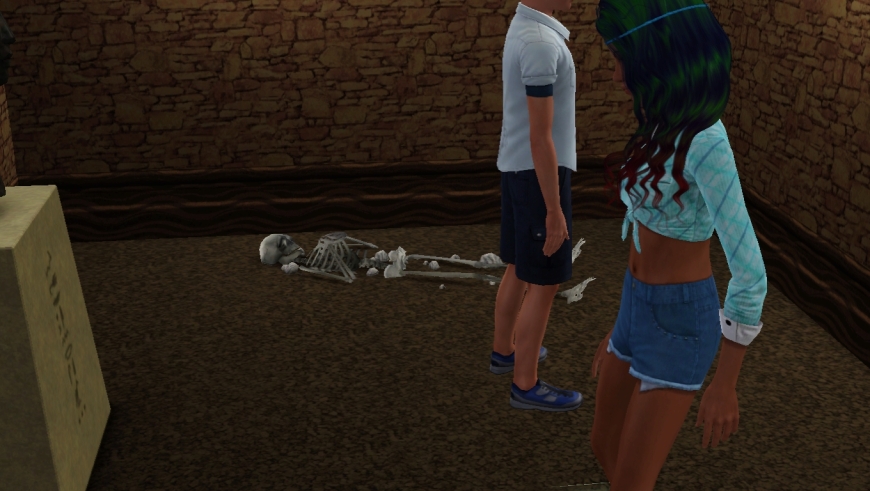 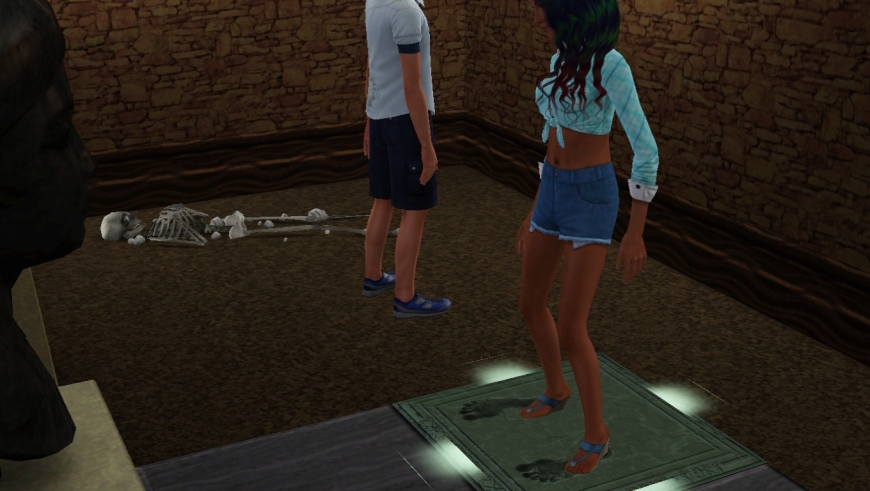 In the next room was another floor switch but no skeletons. Ashleigh jumped on the switch and looked expectantly at the door, Expecting the chains to fall off the door but they hadn’t. 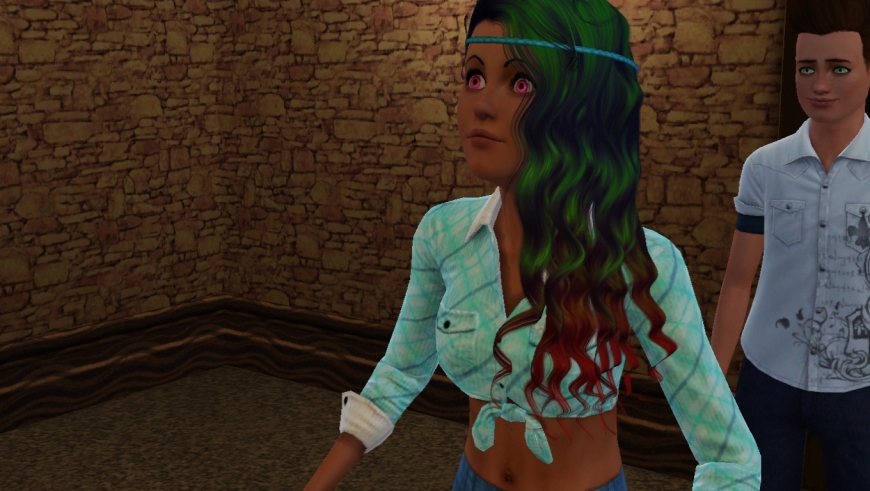 Ashleigh jumped some more and the chains fell off!

She got off the floor switch and the chains reappeared. “That is so unfair! Why did that happen!” Ashleigh complained

Aaron had the great idea to pull the big rock thing onto the switch and it worked! 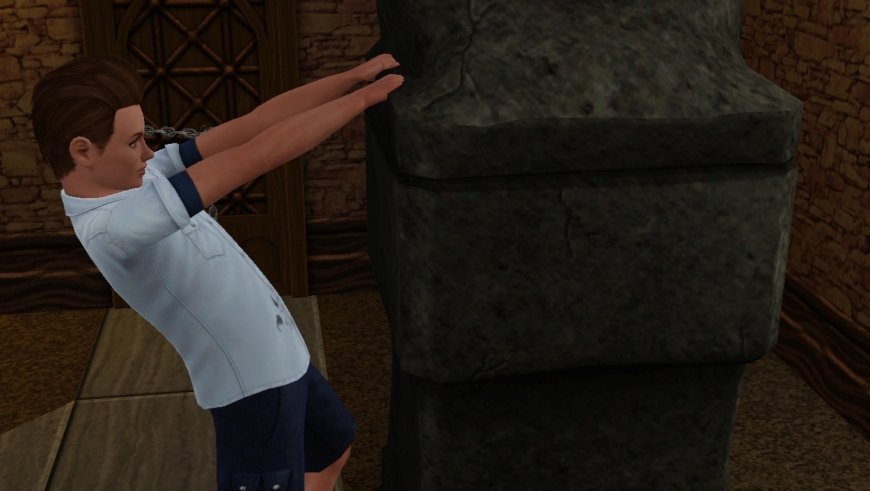 When Ashleigh turned away to walk through the door Aaron was smiling at her. She’s so beautiful. I wonder if she likes me.

Through the door was the end of the tomb. They both looked pretty proud of themselves for getting there in one piece! 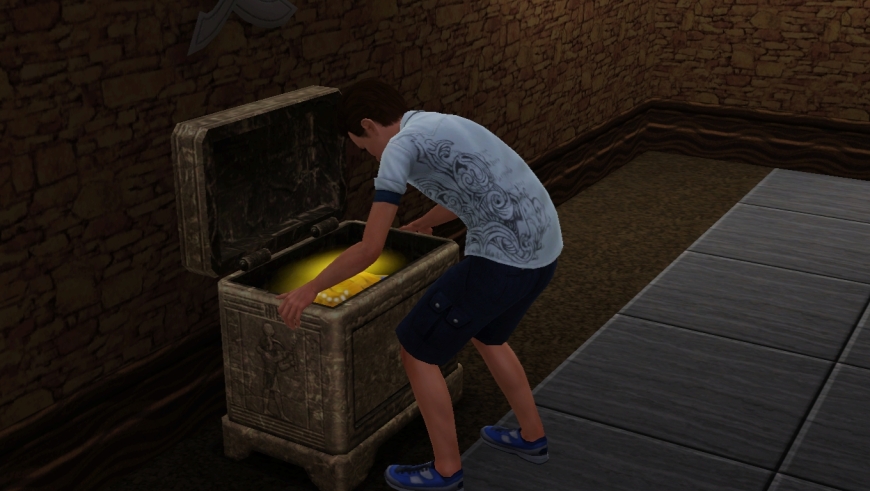 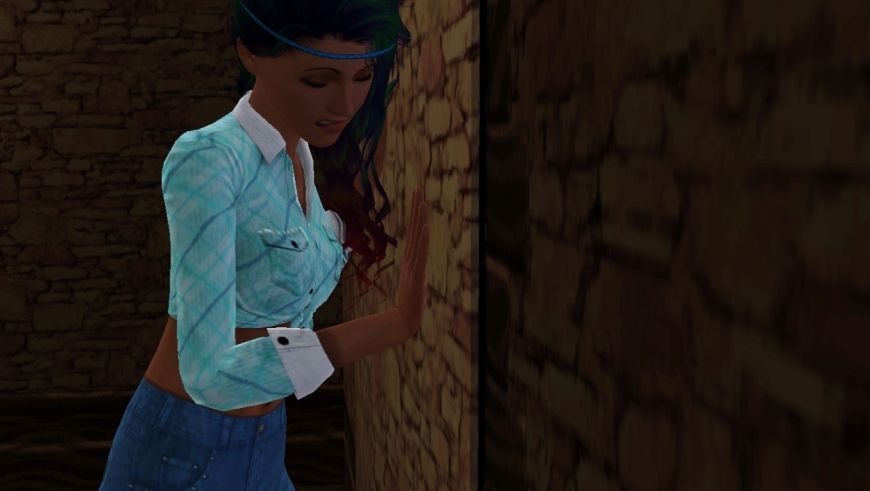 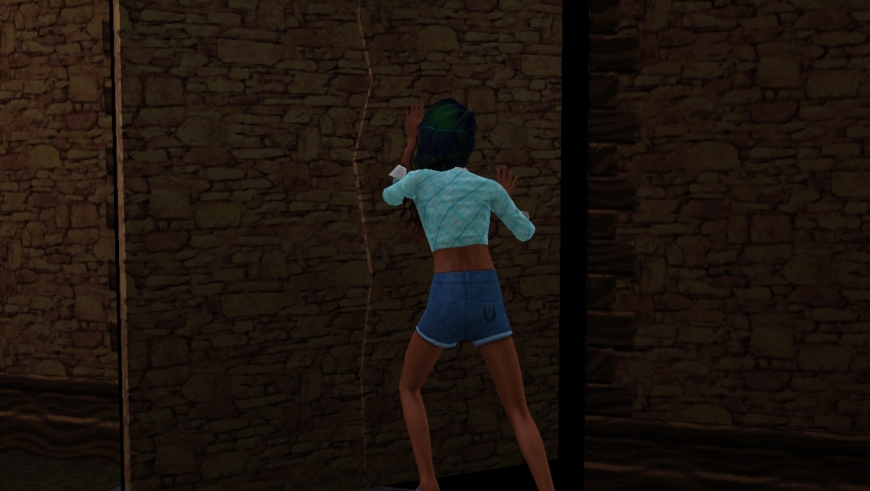 Ashleigh opened up the treasure chest and found an ancient relic 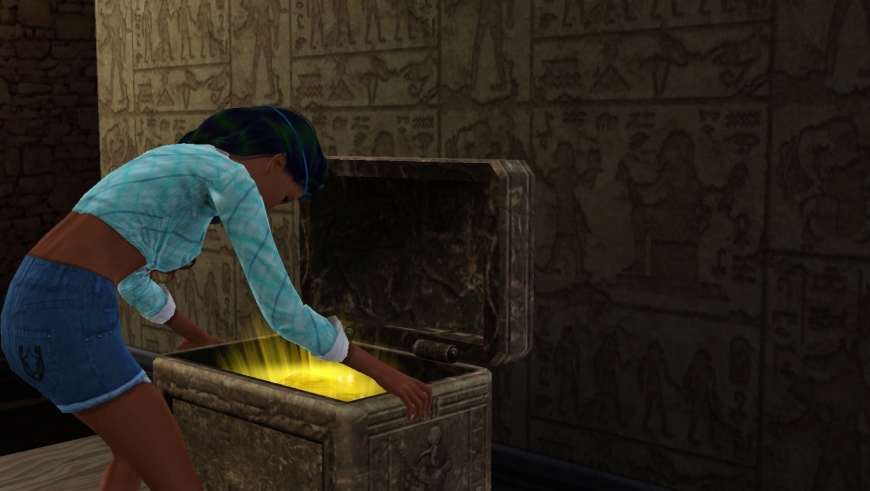 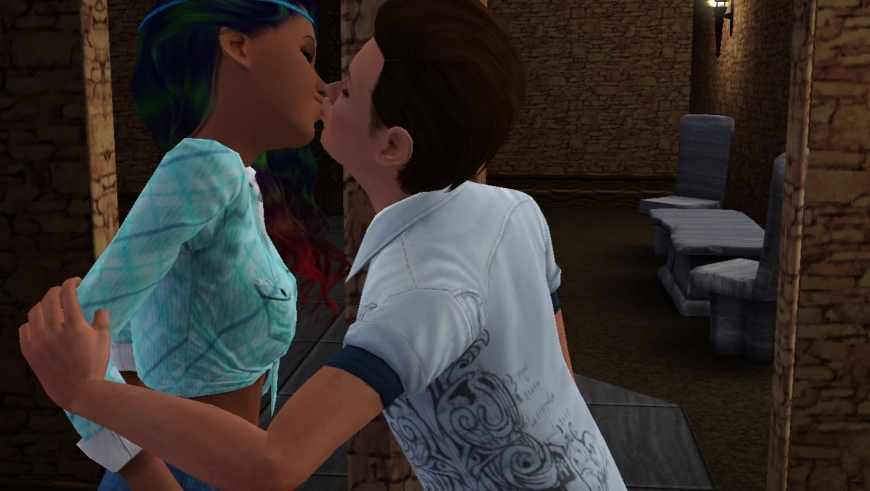 I really like you Ashleigh. You are my best friend in the world but you’re more than that! You’re perfect!” Aaron said and Ashleigh blushed.